The All Star Story 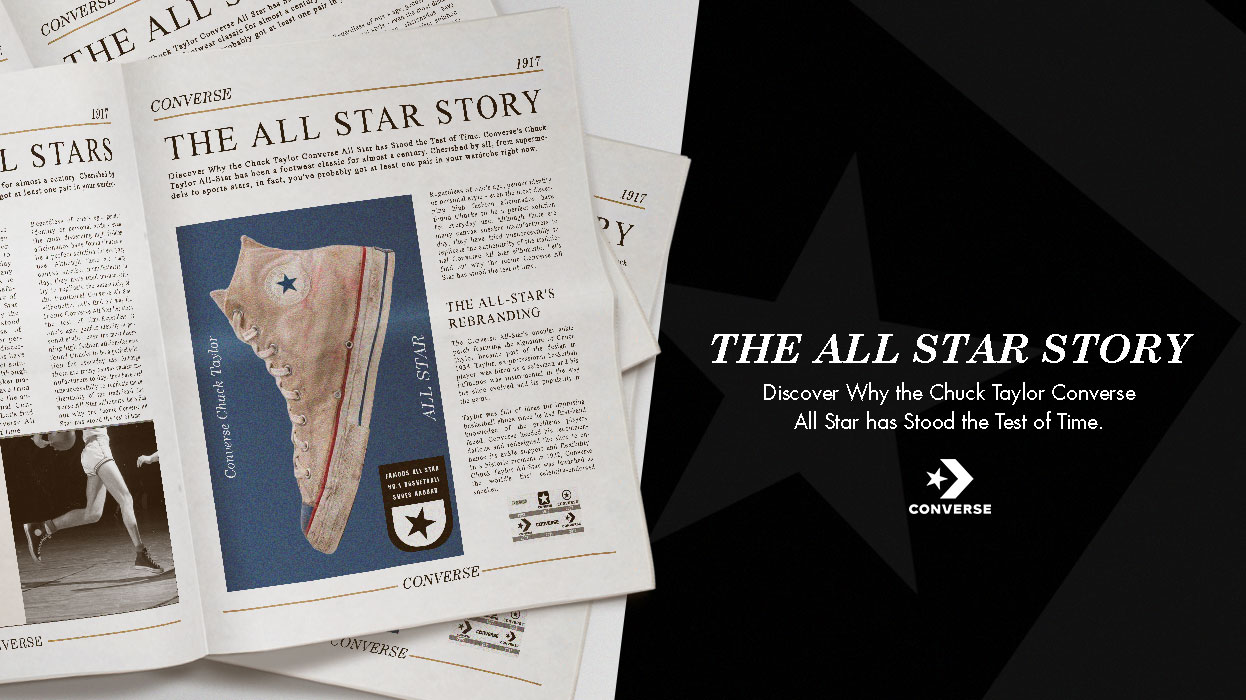 Converse's Chuck Taylor All-Star has been a footwear classic for almost a century. Cherished by all, from supermodels to sports stars, in fact, you've probably got at least one pair in your wardrobe right now.

Regardless of one’s age, gender identity or personal style - even the most discerning high fashion aficionados have found Chucks to be a perfect solution for everyday use. Although there are many canvas sneaker manufacturers to day, they have tried unsuccessfully to replicate the authenticity of the traditional Converse All Star silhouette. Let's find out why the Iconic Converse All Star has stood the test of time. 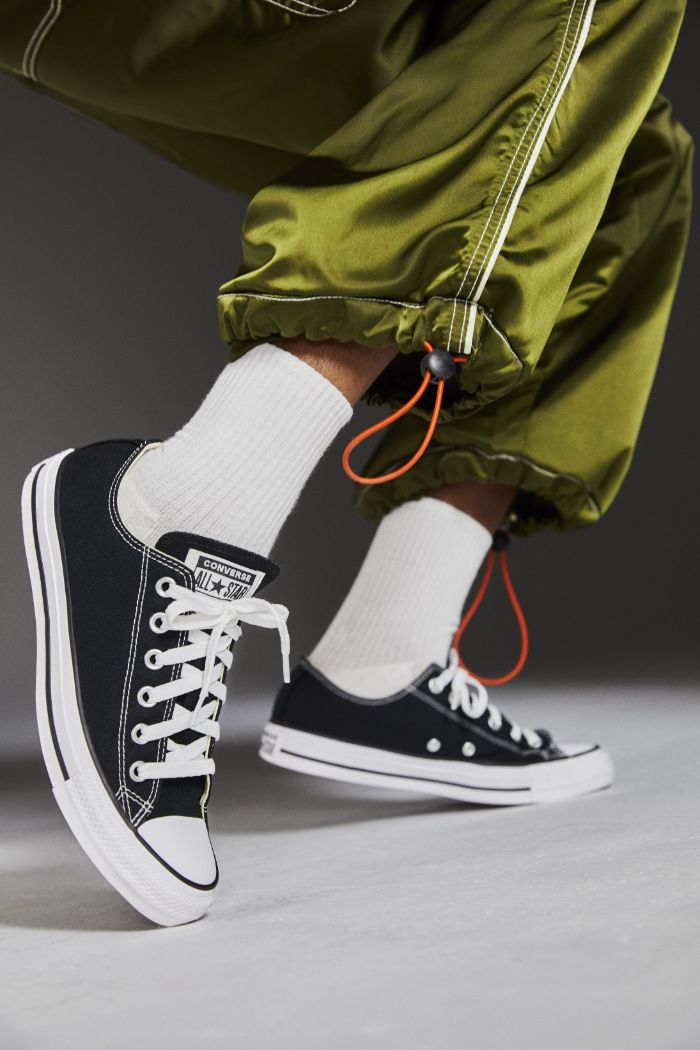 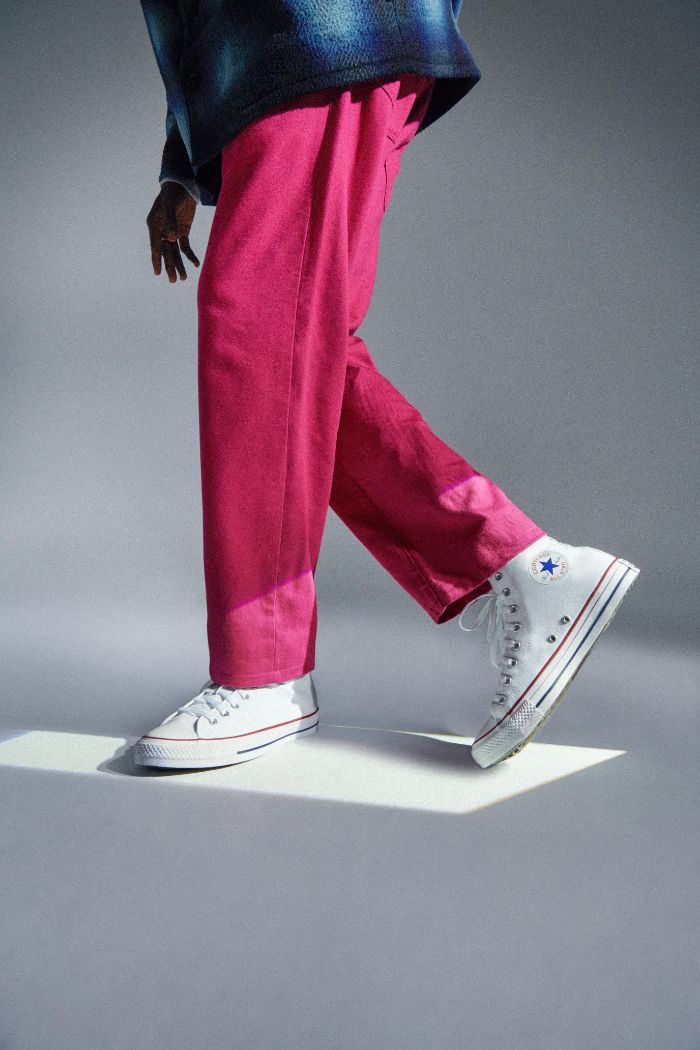 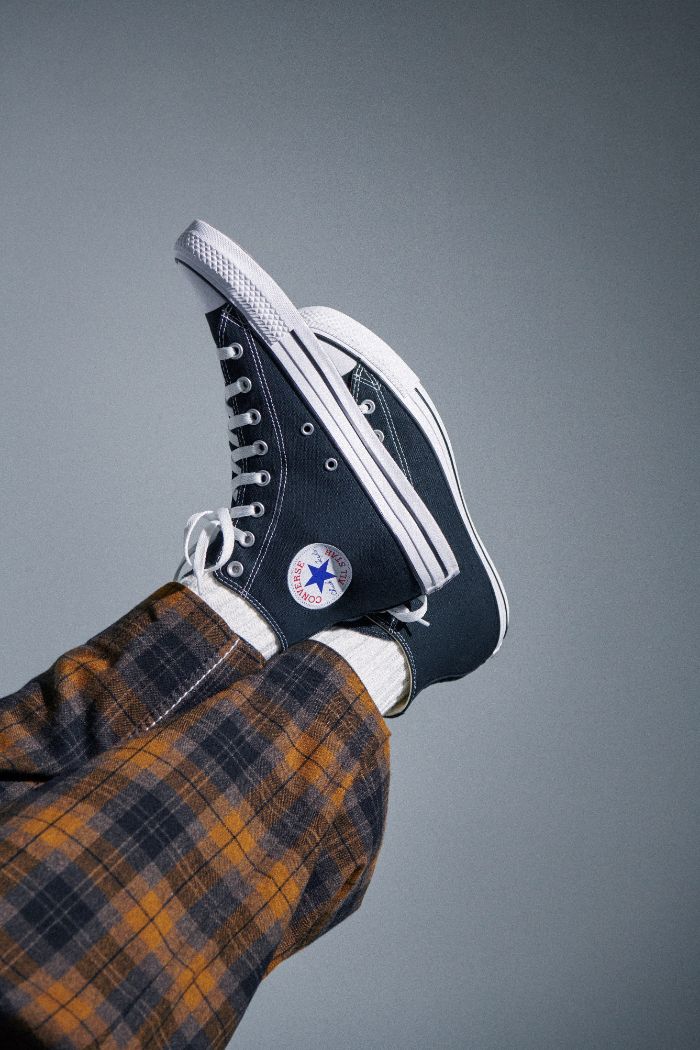 From Winter Wear to Streetwear

Marquis Mills Converse created the Converse Rubber Company in Malden, Massachusetts, in 1908. Converse originally specialised in winter rubber-soled footwear, but as American interest in basketball grew - relatively new at the time - soon the enterprise would enter the playfield and rise to meet its destiny.

The Converse All Star was first released in 1917 and were called "Non-Skids", renamed to the All Star in 1919. The classic high top silhouette featured a rubber sole, cushioned insole, specialised heel and arch support. The diamond tread pattern for improved grip has become one of the iconic All Star signatures. All Stars are easily identifiable from their classic Canvas upper and All Star logo insignia. Post being the Official shoe for team USA basketball on the Olympics in 1936, the classic colourways of white, black, red and navy have become the bread-and-butter colourways to this day.

The Converse All-Star's circular ankle patch featuring the signature of Chuck Taylor became part of the design in 1934. Taylor, ex-professional basketball player, was hired as a salesman and his influence was instrumental in the way the shoe evolved and its popularity in the game.

Taylor was full of ideas for improving basketball shoes since he had first-hand knowledge of the problems players faced. Converse heeded his recommendations and redesigned the shoe to enhance its ankle support and flexibility. In a historic moment in 1922, Converse Chuck Taylor All-Star was launched as the world's first celebrity-endorsed sneaker.

Heavily reliant on the association with its namesake, the Chuck Taylor Converse All-Star's popularity started to fade when Taylor passed away in the 1960s. Being primarily marketed as a basketball essential, Converse found it simply could not compete with the technological advancements of other sports footwear industry giants.

A Strategic Shift in the Target Market

By shifting its target demographic to an audience looking for functional everyday streetwear, All Stars became an symbol for youth culture. No number of advertising campaigns could compete with the sales that followed Nirvana frontman - Kurt Cobain's appearance in a roughed-up pair of black Chuck Taylors in public and on stage.

Today there's no stopping the level of creativity and customisation that a pair of All Stars can flaunt. In the last century, the ageless All Star has seen numerous variations, colourways, and partnerships.  It is perhaps one of the most universal shoes available on the market, meeting the demands of many and reaching out to every possible niche style of subculture. Dress them up, or dress them down; choose from any range of colours to complement or contrast your outfit.

Any sneakerhead knows that certain textiles require specialised cleaning, but the Chuck Taylor All Star has stayed true to its iconic canvas heritage - making it easy to clean. It's still a firm favourite amongst celebrities today, with everyone from Rihanna to Vice President Kamala Harris seen in their favourite All Stars. 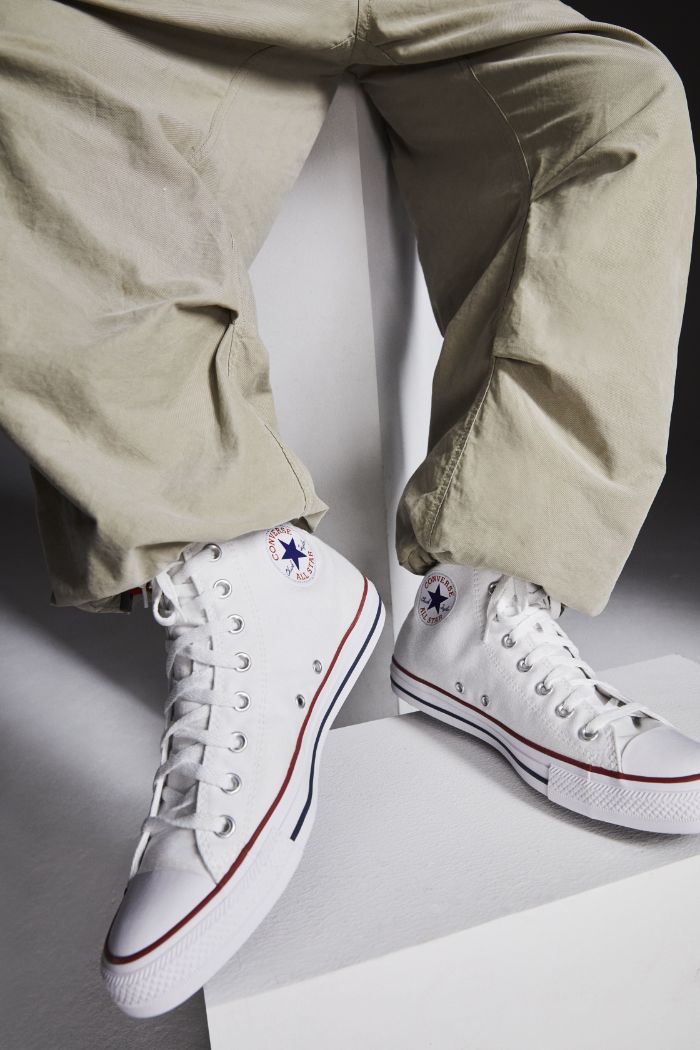 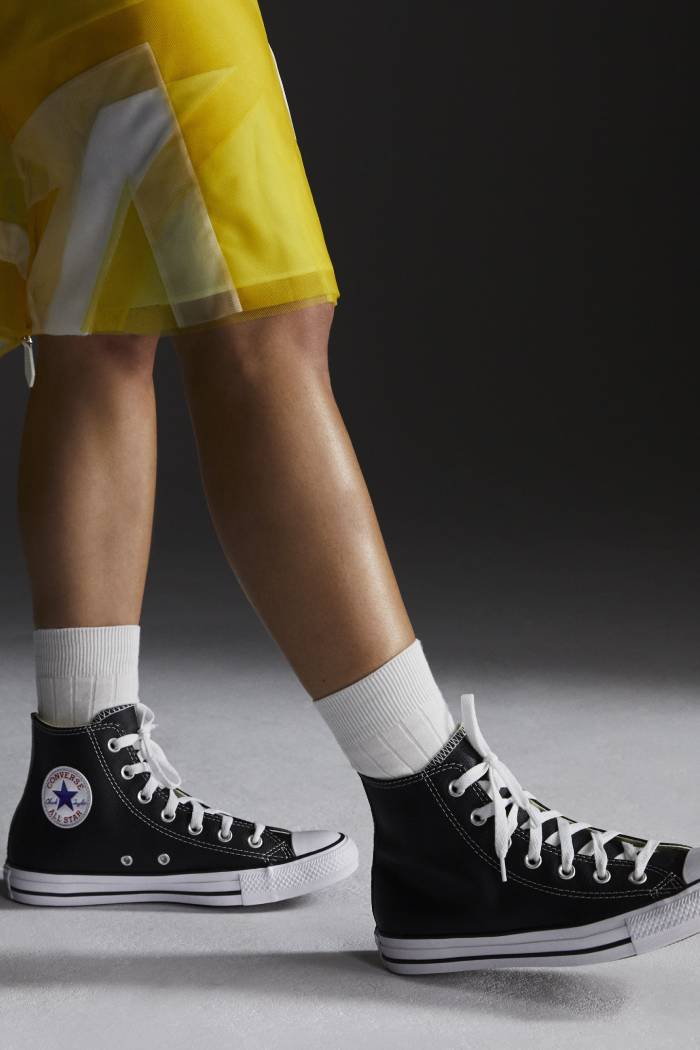 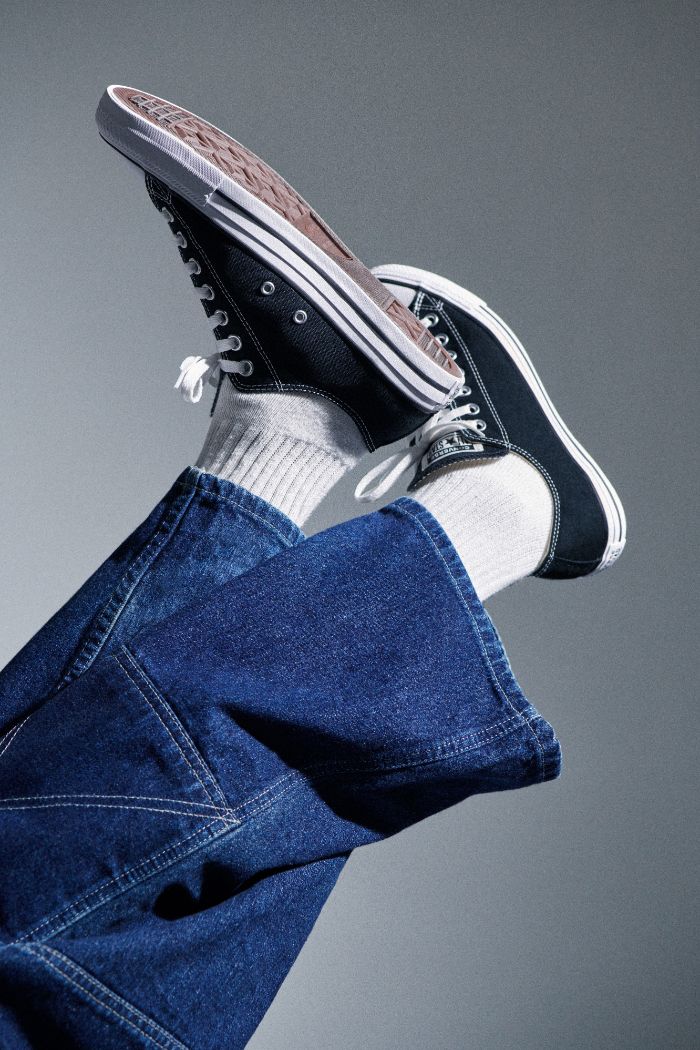 The All Star Story

You can buy the Converse flagship - the Chuck Taylor All Stars at Studio 88.

Pair them with your formal, wedding, casual, day or night outfit. There's an All Star to tell your story. Browse our extensive range for your next favourite pair or get to a store near you. 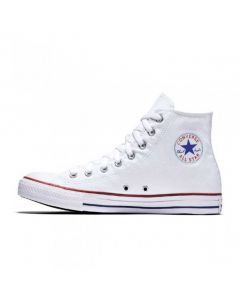