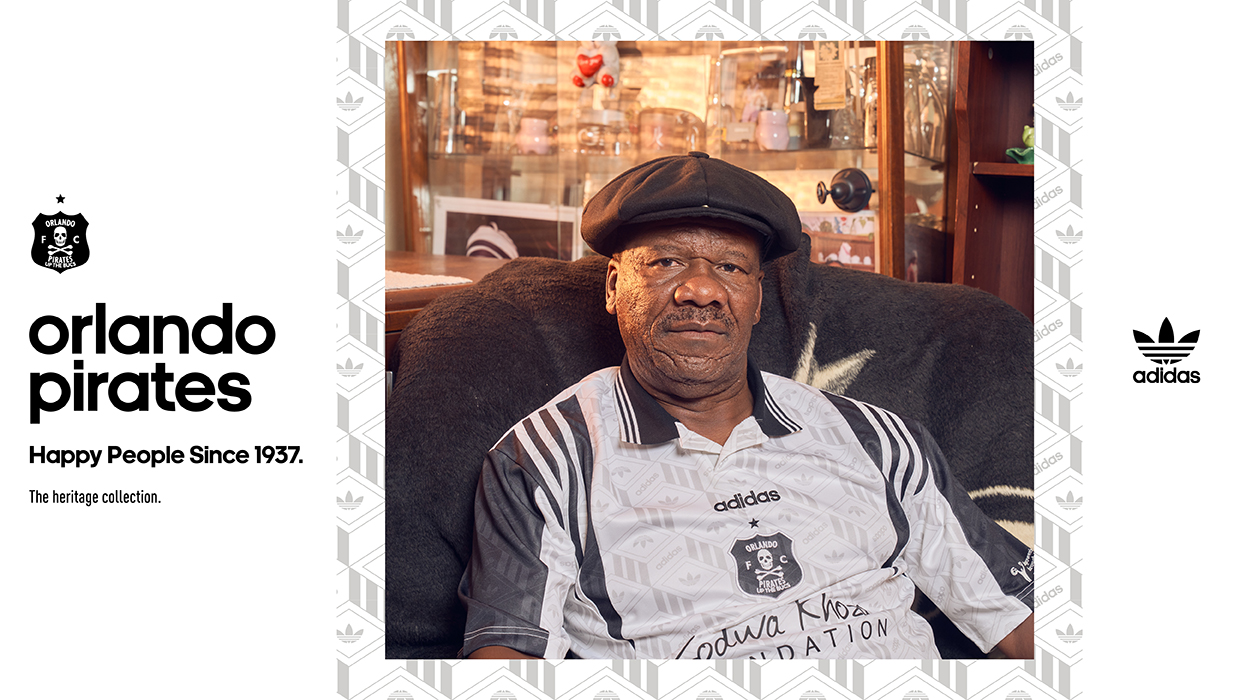 Orlando Pirates and adidas have gone back to their roots with a retro-inspired off-field jersey that features adidas’ Originals logo – the last time the Originals logo was used on-field in SA was in 1997. The jersey is branded with the logo of the Zodwa Khoza Foundation further extending this long-standing Orlando Pirates and adidas partnership to the grassroots levels.

In addition, adidas has committed to investing R5 million in the Foundation over the next five years. The infrastructure development at the ZK Foundation in Diepkloof, Soweto has started with improvements to the ‘çlubhouse’ and the sports fields. The development is a work in progress.

“For the first time, adidas is publicly highlighting the partnership with the ZK Foundation,” says Thandi Merafe, Media Officer, Orlando Pirates Football Club. “Along with other partners, the Foundation aims to train youngsters – boys and girls alike – who show sporting promise.

“In the late ‘90’s Zodwa Khoza had the ability to connect with the team, in addition to working with the players she always wanted more for the community and it’s this spirit that we are now celebrating. This jersey commemorates Zodwa’s big heart,” says Merafe.

Bob Maphosa, Football Sports Marketing and PR Manager, Emerging Marketing South for adidas, says that the jersey is steeped in emotion and history, and takes him right back to 1997 when Orlando Pirates won the Bobsave Superbowl. “This was a major milestone in our fans’ incredible journey with the team. Today, the nostalgia is real, but the best part is that together with OP we’ll be making a meaningful difference in the lives of our youth.”

The new jersey is being launched alongside a full tracksuit and a supporters’ t-shirt and will be available online and in your nearest Studio 88 stores from 22 October 2021. #OnceAlways #ZKFoundation